In the last year, this 100% Spanish satellite - which is a pioneering craft in its field - has orbited the Earth 5,300 times and recorded more than 18,000 images


Deimos-2 has started taking part in a number of major international projects and services, such as becoming Copernicus contributing mission and starting a fully coverage of Europe. The satellite has also captured images of recent events such as the Ebro river flooding near Zaragoza in Spain, the eruption of the volcano Calbuco in Chile and the Oleg Naydenov ship oil spill in the Atlantic Ocean

Deimos-2 satellite, recorded images of the Earth with a resolution up to 30 times higher than that of its predecessor Deimos-1

During that time, the satellite has recorded more than 18,000 images, covering an area of 3.2 million km2. These very high-resolution images are particularly suitable for obtaining territorial information that is applied in a variety of different fields of activity: agriculture, the environment, climate change, safety, deforestation, management of water resources and supporting the management of crises arising from natural disasters.

The range of services currently offered by the Deimos-2 satellite are completed by those provided by Deimos-1 and can be grouped in three main areas: Agriculture, Forestry and Emergencies Services.

Deimos-2’s advanced capabilities have resulted in its participation in a number of major international projects and services. Currently, the satellite is part of the EU and ESA’s (European Space Agency) Copernicus Emergency Management Services, covering emergency responses. Deimos-2 is also a key player in the CORE datasets of the Copernicus Data Warehouse, managed by ESA, carrying out a complete submetric mapping of Europe.

The recent events that have been followed via the images provided by Deimos-2 include: 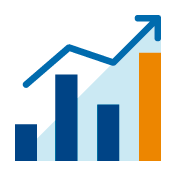 Thanks to the commitment, effort and innovation of its more than 24,000 employees, Elecnor Group has become an industry benchmark.