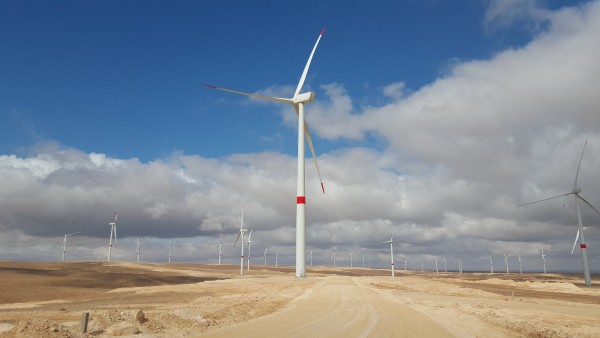 Madrid, 3 de julho de 2018
Elecnor is to build its second turnkey wind farm in Boulenouar (Mauritania) for Société Mauritanienne d´Électricité (SOMELEC) on a EUR 122 million project for an installed capac-ity of 100 MW.
The Boulenouar Wind Farm at Dakhlet Nouâdhibou is funded by the Arab Fund for Eco-nomic and Social Development (AFESD), and will be built in a consortium with Siemens-Gamesa Renewable Energy, which will supply 39 SG 2.6-114 wind turbines.
Elecnor will be responsible for engineering work, construction and start-up of the wind farm in an EPC ("turnkey") format, and the project also includes a substation and the me-dium-voltage power line. A further operation and maintenance services contract (O&M) was also signed for a period of 11 years. The construction timeline has been set as the last quarter of 2019.
Mauritania has several hundred kilometres of shoreline with considerable wind power po-tential. The level of solar radiation in Mauritania is also one of the world's highest. It is for this reason that for several years this member of the Community of Sahel-Saharan States has been making renewable energies part of its national power mix to meet domestic demand for electricity, and export the surplus to neighbouring countries.
Elecnor in Mauritania
Elecnor established a stable presence in the country in 2012, thereby further strengthen-ing its longstanding links with the African continent. Since then, it has further cemented its operations by carrying out a number of major projects such as the Nouakchott wind farm (the country's first), a solar PV plant in Zouerate and the R+15 building, also in the capital.
Baixar
x
Conheça-nos