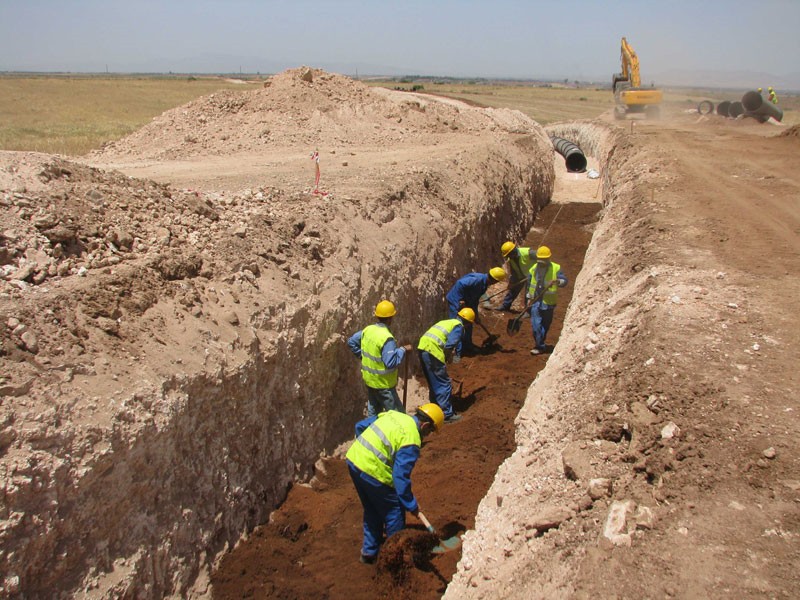 The aim of this project was the construction of the water transport network from the Souk Tleta desalinisation plant to the distribution network in the Tlemcen region of Algeria.

Thanks to this transport network it has been possible to supply water 24 hours a day to a population which is currently calculated to be some 1 million people. A transport network which will enable the inhabitants of the area to see their drinking water needs covered until 2050.

The supply is guaranteed by the contributions from the Souk Tleta seawater desalinisation plant (with 200,000 m³) and a second plant envisaged in Honaime with a similar amount.

This project meant the creation of 600 temporary jobs and 180 permanent jobs.

Elecnor Group is one of the leading corporations in project development, construction and operation through two major mutually-enriching business areas: Services and Projects and Concessions.

Infrastructures, renewable energies, services and new technologies are the main sectors of activity developed through the Services and Projects and Concessions businesses.